Conservation is an ethic of resource use, allocation, and protection. Its primary focus is upon maintaining the health of the natural world, habitats and biological diversity.  South Africa is home to some incredible wildlife species, and it is our opportunity to protect them by living a conservation life.

We actively contribute to grow and strengthen the genetic pool of the cheetah population in Southern Africa. We are privileged to be associated with the world-renowned EWT (Endangered Wildlife Trust) and through EWT we are the proud custodians of two cheetahs. The purpose of having these cheetahs is to let them roam freely and breed.  The offspring will then be relocated to other reserves to ensure a clean and strong bloodline which prevents inbreeding and the extinction of the cheetah. The cheetahs are collared with VHF (Very High Frequency) devices, to enable the tracking of the cheetah for research purposes.

Despite all the projects conserving the cheetah bloodline, there are still many other challenges to overcome. The biggest challenge is habitat destruction due to farming and development. Cheetahs, like all other large predators, are heavily persecuted by livestock farmers.  To conserve habitat for species such as the cheetah are a massive challenge to overcome.

Meta population reserves are small and can only accommodate between two to thirty cheetahs. They, therefore, must be managed to ensure genetic integrity, to prevent inbreeding. We prevent inbreeding by means of exchanging cheetahs to other Meta population reserves. Wild cheetahs are particularly susceptible to translocation complications, especially when subject to stressful capture. Currently, for every ten transfers, you unfortunately, lose one cheetah.

Our main focus currently is

This project offers the opportunity to be part of the research of free roaming cheetahs. It is necessary to understand demographic responses (e.g. the cheetah’s dietary response to new habitats and prey response to the introduction of the cheetah) of predator and prey in closed systems. Monitoring this species in closed systems allows for a better understanding of how cheetahs behave in fenced reserves. This contributes to improved cheetah management and to establish the minimum requirements for sustaining cheetahs on smaller fenced reserves. 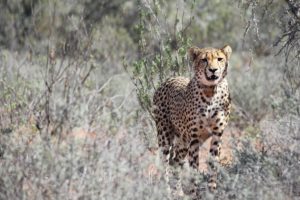 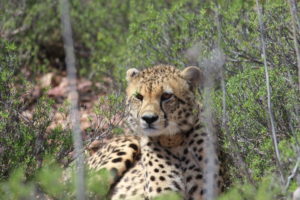 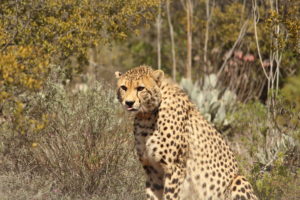 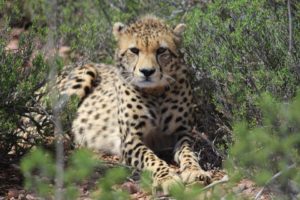 We have three elephants formerly from the Kruger National Park. Their parents were poached because of constant conflict with the nearby commercial farmers. There is a similar problem in the North East of Namibia where a group of 125 free-roaming African elephants are in conflict with commercial farming in the Mangetti area. A portion of the funds accumulated by the Buffelsdrift Foundation are used for the research and conflict mitigation in the North East of Namibia.

Buffelsdrift Game Lodge aims to educate visitors about this magnificent unique specie, enabling people to come close to this gentle giant and during the visit learn to understand the circumstances endangering the specie, as well as the reality of challenges surrounding the size and devastation caused by the elephant.

The elephants need to be managed twenty-four hours a day by trained rangers. The elephants eat a lot of food that must be bought monthly. The elephants also easily cause harm to the sensitive habitat it roams during their daily walks.

To educate people about elephants and make them aware about the damaged caused by elephants in the natural habitat and the dangers of poaching. 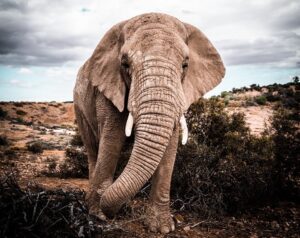 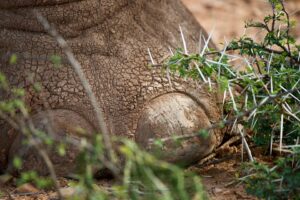 After two years of intensive research and preparation, we received three young lions in January 2017. The decision to move the three lions was based on the fact that the area on the Game Farm where they were born was very small and the area at Buffelsdrift Game Lodge was large and would be more suited. These cubs were born in captivity and can therefore never be released into the wild. The cubs, two females and one male were relocated with the help of a local vet and the legal authorities, Cape Nature. The cubs were welcomed on Wednesday 4 January 2017 at their massive special erected camp at Buffelsdrift Game Lodge.

To give carnivores that have previously been abused, injured, abandoned or had no certainty about their future a permanent home and to make their health our priority.

Habitat destruction and human-lion conflict have led to a catastrophic drop in wild lion numbers in Africa, declining from around 50,000 in the 1950s to around 20,000 today. In recent years the number of lions in South Africa has been increasing but not for reasons that promote the conservation of lions. Currently, lions are bred or in captivity for petting, human interaction or canned hunting. The challenge is to promote sanctuaries that are truly contributing to conservation and where there is no petting, human interaction or breeding in captivity and where the welfare of the animals is a priority.

Nearly 200 captive lion facilities exist in South Africa, many of which allow the petting of lion cubs and walking with young lions by tourist.  We use this project to educate tourists and the local community and spread awareness of lion conservation and to support ethical tourist trade in South Africa. As we have a strong educational focus, we visit local schools and teach children about conservation. 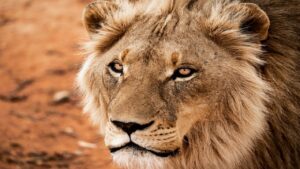 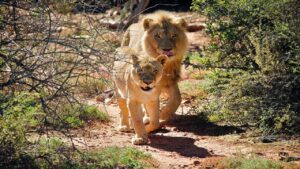 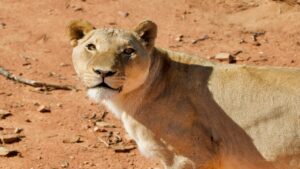 The meerkat or Suricata is a small carnivoran belonging to the mongoose family. Our reserve is home to three wild meerkat families. It is one of the most unique species that occurs in the Klein Karoo. Unfortunately, because of land developing, farming and the lack of knowledge these species have diminished over time. At Buffelsdrift Game Lodge we are dedicated and passionate to learn how these little ones live and operate in their natural habitat. Monitoring these clans provide us with crucial information that help us understand them better and hopefully can help them to survive in the long run. At the end of the day we can make life-changing decisions on scientific evidence collected by monitoring these clans.  This kind of research helps us to mitigate the conflict between the meerkat families and farmers and people keeping meerkats as pets.

To understand the way of the meerkat clans in the Little Karoo and to ensure their existence in our area.

Farmers are converting hectare by hectare into commercial farmland at a very fast rate. They do so to increase production and for their financial benefit, this is good for our economic state, but this habitat destruction comes at a cost. The result is that the natural habitats for the little karoo meerkats are disappearing at a fast rate. Meerkats are very sensitive to their habitat and have a very complex way of living.  The smallest disturbance can trigger the family to move to a different area. Destruction of the habitat also removes their food source, insects. Farmers use pesticides to protect their crops from insects eating them. By removing insects from the system, you are removing the food source of the meerkat. With continued destruction of natural habitat, the little karoo meerkats will eventually be extinct. The challenge is to educate people and to learn from the meerkats, to promote their role in the ecosystem and how they can help farmers with insect problems.

We can now, for the first time, learn how the meerkats live and operate in the Little Karoo. With research and scientific evidence, we can make life-changing decisions and even change laws in the long run to protect the habitat for the meerkats. This project offers the opportunity to get the local farming community involved and to be part of something that has long-term value. We could prevent that the meerkat specie becomes endangered in the Little Karoo and to ensure their continued existence before it is too late. 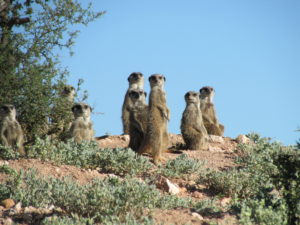 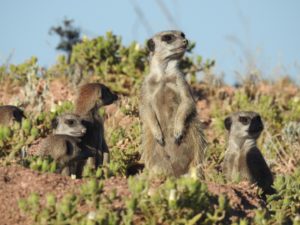 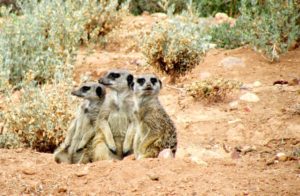 for the love of our wildlife