Our habitat conservation seeks to conserve, protect and restore firstly the unique quartz-soil habitat on the Buffelsdrift Reserve and to prevent plants unique to this area from extinction, fragmentation or reduction in range.

We have a specific focus on the Spekboom habitat, due to its abnormal quality of removing approximately 10 times more carbon dioxide from the atmosphere than for instance plants in the amazon forest.

Hectare for hectare, Spekboom thicket is ten times more effective than the Amazon rainforest at removing carbon dioxide from the atmosphere. One hectare of Spekboom can remove between four and ten tonnes of carbon dioxide per year. Research indicates that pristine thicket areas within South Africa hold more carbon compared to transformed or over-grazed land. Further to this, there are specific plant species that have particularly effective levels of absorption under semi-arid conditions (or sequestration as it is known scientifically). One of the most effective plants is the Spekboom, (scientific name Portulacaria Afra). Buffelsdrift Reserve is rich in spekboom habitat and has launched a project to facilitate the regeneration of previously farmed land and erosion areas on the reserve through the planting of Spekboom. In order to maintain heterogeneity of the area, additional plant species are planted.  Over 3500 spekboom trees have been planted over the years to fight erosion, however, with the help of volunteers, this project will expand exponentially. 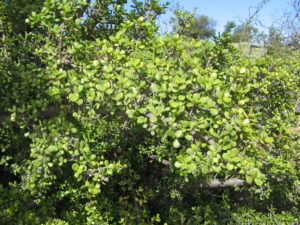 The foundation is currently doing research to provide visitors to Buffelsdrift reserve the opportunity to achieve carbon neutrality or a net zero carbon footprint, i.e. to achieve net zero-carbon-emissions by balancing a measured amount of carbon released with an equivalent amount offset or sequestered.

This will be done through determining a visitor’s estimated carbon footprint and to enable the person to plant Spekboom to achieve carbon neutral status.  A certificate will be issued to prove the planting and location of the Spekboom as well as the projected tonnes of carbon dioxide equivalent that will be removed by the planting of the Spekboom trees.

To enable visitors to achieve a net zero carbon-emissions by balancing a measured amount of carbon released with an equivalent amount offset.

The challenge is to locate suitable and available land for spekboom plantations. Planting spekboom can be expensive and the plant grows slowly. It also means that we must take a leap of faith, converting income producing land into something that creates long-term value.

To fix the ecosystem instead of being just a victim of global warming, we can be part of a solution and setting an example the rest of the world can follow. For us, this is the opportunity to change mindsets, and that anyone can be part of the solution by just one small action.

Buffelsdrift Game Lodge manage our reserve in such a way that we contribute to harmony and balances in nature, and not disrupting the system we operate in. This implies acting with respect for all forms of life. We aim to act with sensitivity toward the habitat, by educating visitors to have a positive influence on the system, setting an example to clients regarding the ecosystem. All our rangers aim to comply with ethical guiding during bush safaris. 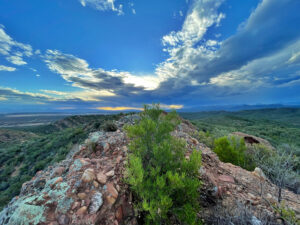 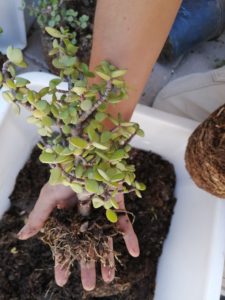 Erosion by Water – Water is the main cause of erosion on Earth. Although water may not seem powerful at first, it is one of the most powerful forces on the planet.

Erosion by Wind – Wind is a major type of erosion, especially in dry areas. Wind can erode by picking up and carrying loose particles and dust away (called deflation). It can also erode when these flying particles strike the land and break off more particles (called abrasion).

Erosion control is the practice of preventing or controlling wind or water erosion of veld. The loss of soil due to erosion will also lead to impacts on watercourses and river systems. Erosion control is an act that normally doesn’t get a lot of attention.   At Buffelsdrift Game Lodge we focus on controlling erosion to protect our sensitive areas. We use three main principles to control erosion on the reserve. We aim to use land according to its capability, protect sensitive soil by covering it and control surface water before it develops into erosion.

We realized the importance to protect and conserve our habitat in the Little Karoo and therefore took another step in the right direction by introducing our “seed ball project” to visitors joining our Bush Safaris at Buffelsdrift Game Lodge. Our Foundation believes that everyone can be conservations and decided that an opportunity for guests to “plant” trees while on a safari would be to create benefit towards the environment, giving back to nature while enjoying nature.

How does it work?

The Vachellia Karroo (Doringboom) is a medium-size tree, known in the Little Karoo and in the Southern part of Africa. Seed pods are cut from the tree and then harvested. A fine combination of soil and dirt is sifted to create the perfect texture. The seeds are then mixed with the soil and compost. For the next step, we created our own device to mix the soil and seeds with water to create the seed ball. The mixture is placed into the device (tube) and when turned on a fine spray of water is added. As the rolling and turning process continues the seed causes the dirt mixture to attach around them turning into small mud balls. More soil is added to help them get dry and solid. When on Game Drives, guests now have the opportunity to play a conservation role by throwing these seed balls into the veld.  Then nature goes its way and the seeds have everything they need to grow into full-size trees.

protect the environment and you will protect life